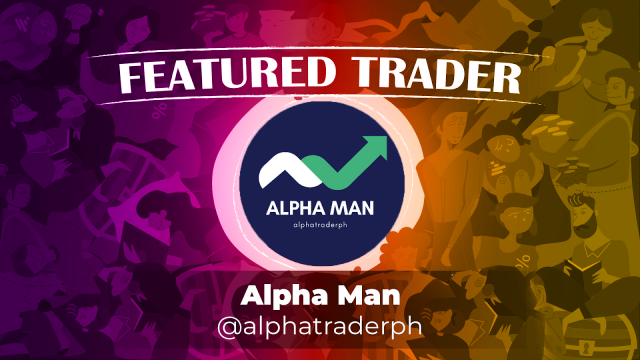 An alpha way for charting technical analysis! Let’s give a round of applause and congratulate our featured trader of the week @alphatraderph!

Alexander Elder once said that “The goal of a successful trader is to make the best trades. Money is secondary.” In the case of @alphatraderph, he believes that an entry of trade using TA is a very must as it helps him to be more successful in terms of trading accuracy.

@alphatraderph has been a member of the Investagrams community since Aug 2018 and has been very active and sharing his trades recently.

A couple of weeks ago, our featured trader posted his technical analysis on $VUL. A hot stock in the local market and a key player in the mining industry locally. $VUL recently broke its resistance at the 0.89-ish area. 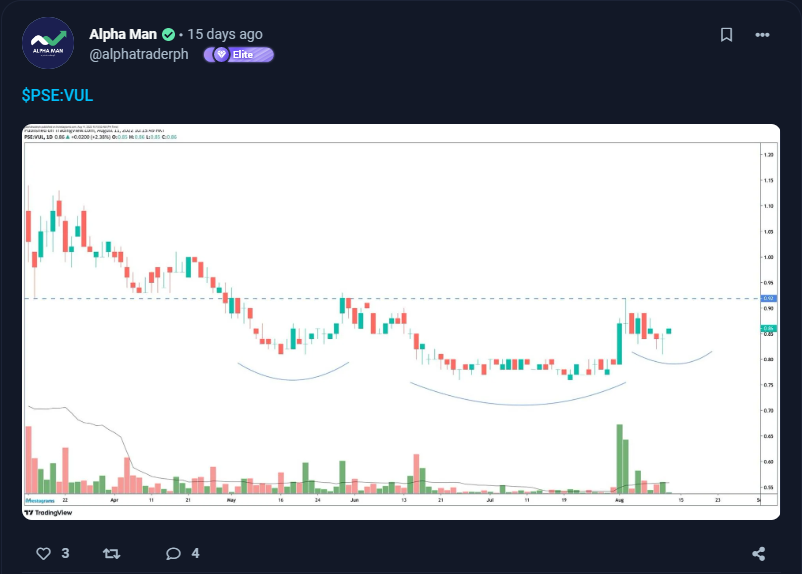 As the stock recently reached a 52-wk low at 0.76-ish area. @alphatraderph charted its support, volume, and resistance,  on the chart, bound for a breakout in its trendline as he believes in its technical analysis. @alphatraderph felt an opportunity to have a good entry near the support and HOLD for a while.

In sequence 1, our featured trader charted a cup and handle for a further breakout. Furthermore, $VUL broke its trendline at the 0.89 level and as of August 26, 2022, closed at 0.96. Thus, the stock recently reached the 0.98 area and is bound for a retest in the 0.89-0.92ish area. After breaking out at the 0.89 level, VUL’s volume surges along with MA. On the other hand, others are falling and consolidating. VUL is showing strength in terms of volume as it continues to retest after breaking out the resistance area. It came from a 52-wk low of 0.76ish before surging and breaking the 0.89ish and 0.93ish area, respectively. There could be a retest in the next few weeks for this stock to retest in the next resistance area at 1 PHP per share and above. Technically speaking next resistance of RRHI  is the 1 level onwards. Furthermore, VUL will retest whether it will break out at a 1 area or be back at the bearish side at 0.89-ish, 0.76-ish, and below area. 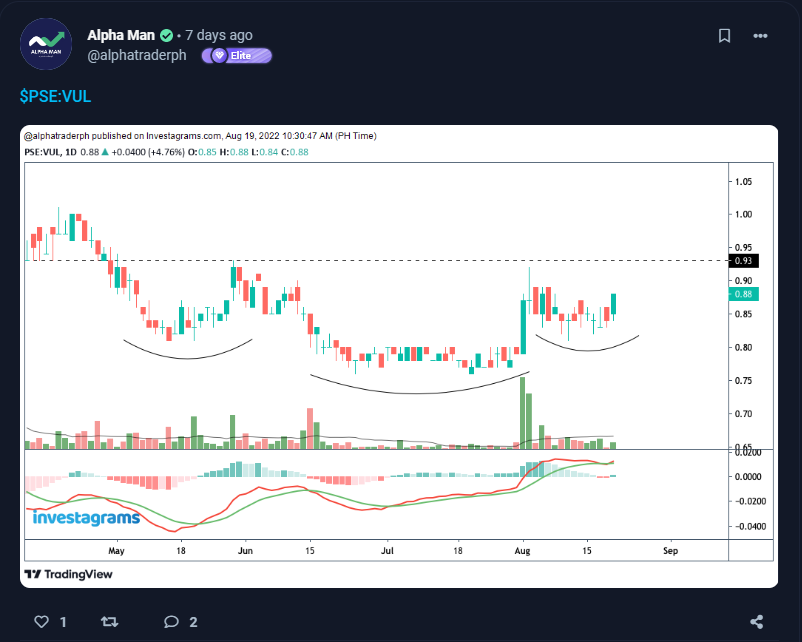 @alphatraderph was confident that this stock would further go up as he charted a cup and handle indicator in which it is bound for a breakout or surge in the stock. He also charted that VUL will go up and will retest as he indicated support and resistance in the sequential posts he made. He charted a good entry near the 0.81 area. He is also observing the movement of VUL. Further to that, he is planning his trades carefully and aligning them with TA.

VULCAN INDUSTRIAL AND MINING CORPORATION is a company that finds, develops, and produces oil and gas reserves and other mineral properties. The Company is also a participant in several service contracts, mineral production sharing agreements, and geophysical survey and exploration contracts entered with the Philippine Government, through the Department of Energy.

As of August 26, 2022, the VUL closed at 0.96. VUL remained speculative as it has a negative return on assets amounting to -476.97%. However, $VUL has been a trend recently, and the volume from the locals and foreigners is increasing. It is still unknown whether $VUL will rise further or fall back. However, the Philippine Government has recently been focusing on the new regime of fiscal policy for the mining sector. This will further be speculative depending on the fiscal policy that will be passed as law. Thus, it is best to observe $VUL and plan a good entry and exit as VUL and other mining stock companies will further be speculative. In addition, the Philippine Economy is expected to rely on the mining sector to further collect funds from this industry.

As the stock recently breakout from 0.89, it would be wiser to observe and wait for what $VUL might do next before jumping in. This stock is speculative since the industry right now is a much more focused industry by the national government. In terms of trading, the demand from consumers is continually growing. However, it’s best to wait for a consolidation, pullback, or a good entry near its support for a better risk-to-reward ratio. It would also be advisable to trade lightly and in tranches given that we’re not yet out of the woods.

Once again, KUDOS to @alphatraderph for being this week’s featured trader! Enjoy your 14-day InvestaPrime Access and continue to be an inspiration to the trading community.

Invest to build a better future and learn continuously to improve yourself.

Join our #InvestorDay 9.9 and get a chance to win LIFETIME ACCESS to our InvestaFest premium recorded videos and have the opportunity to learn straight from top traders, entrepreneurs, industry leaders in the country!

You can invest as much as you want on or before September 9 and claim unlimited raffle tickets!