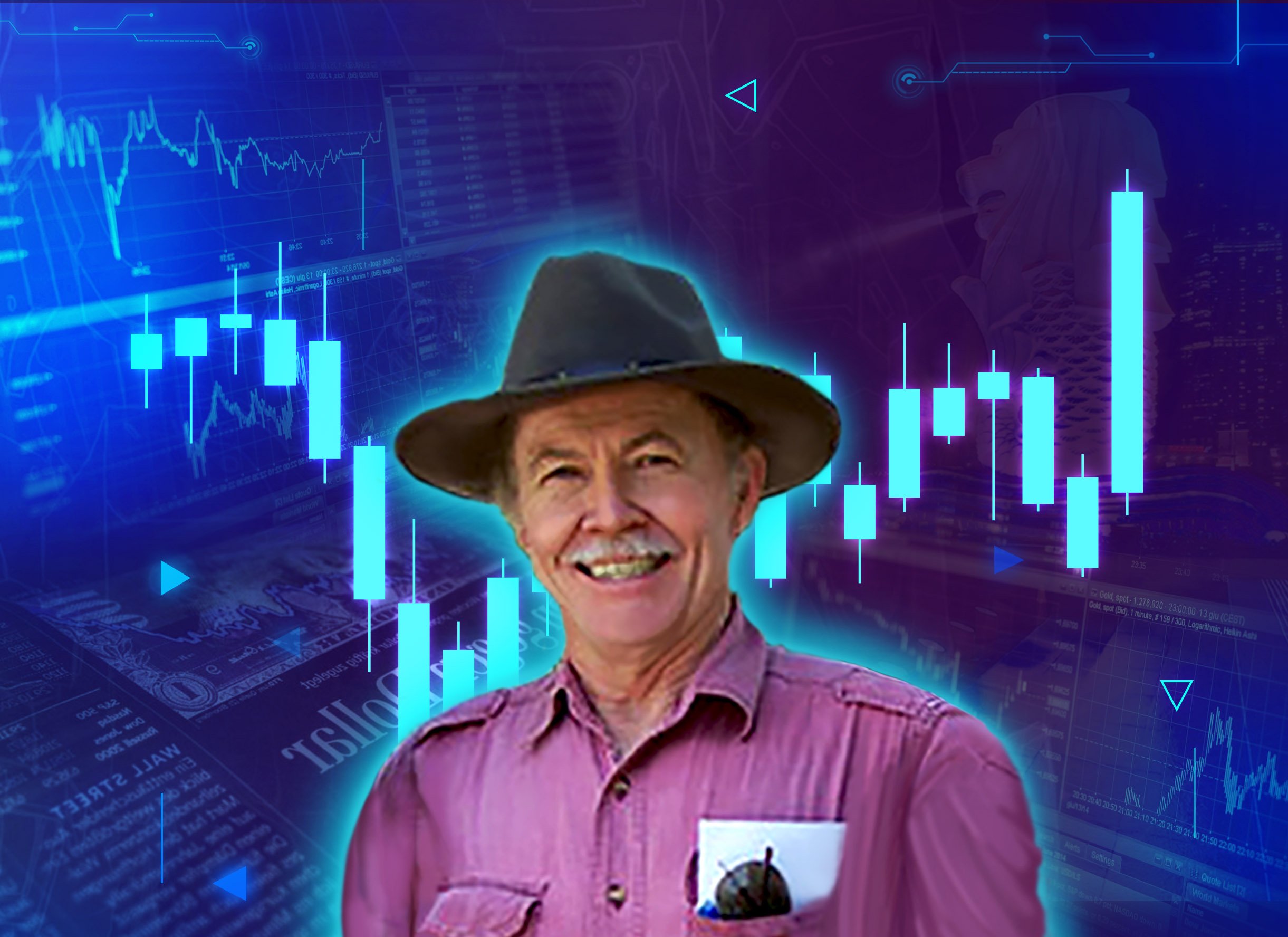 A market wizard is a trader who has placed blood, sweat, and tears into mastering the craft. Market wizards are the few who are able to outperform the market and their peers by an astounding number. A market wizard is someone who, in the face of adversity, continues to persevere. Hitting rock bottom may be where others quit, but this is where market wizards learned the most essential things to make them successful in the financial markets.

If you’ve read The New Market Wizards by Jack Schwager, you should be aware of Mark Ritchie. He, like many other traders, went into the market and lost a fortune. However, unlike most traders, despite hitting rock bottom, Mark Ritchie did not give up. Hitting rock bottom is one of the most difficult moments to experience in life. However, it is only those who can rise up in the face of adversity who truly take their craft to the next level. That’s what Mark Ritchie did. This is why he is a true market wizard.

We conducted a short interview with David Guerrero, an equities trader from California. He has been a long time fan of the Market Wizards series throughout the years, he takes pride in having read all four. David says that one of the keys to his consistency in trading was being able to learn from those who have outperformed the market themselves, the market wizards. We asked to talk about what he learned specifically from Mark Ritchie in The New Market Wizards.

David said that one of the most significant things he learned from Mark Ritchie was to conduct his own research. When he was just starting out, he always relied on tips from his friends or from brokerage recommendations. “I thought following brokerage advisories was a no brainer since the recommendations came from professionals, I was dead wrong!” After reading about Mark Ritchie, David made a commitment to only rely on his research alone.

“Another rookie mistake I used to make was trade a large position size relative to the size of my portfolio. Even worse, I traded more when I was in a losing streak. I thought to myself, ‘If I trade twice as large then I can regain all my losses twice as fast.` Yet again, I was wrong. Another important lesson I learned from Mark Ritchie was to keep each position size small, especially if the trade hasn’t shown a profit. I will only increase my size once the position shows me a profit.”

“Lastly, I also used to be afraid of leaving money on the table, so that usually lead to me closing my positions too early.” David said. “After reading about how Mark Ritchie holds his positions for a long period of time as long as they’re still working, I began to gain confidence in allowing my winning positions to continue their move without selling prematurely. Later in my career, I started to sell a portion of my position at significant resistances in order to lock in some profits on the way up.” He added.

The story of David’s trading journey is not so uncommon. One way or another, the Market Wizards series have definitely helped a lot of traders. From the entire series, it’s easy to find that market wizard we can relate to, especially during our rookie years. Up to the time we start profiting in the markets, the Market Wizards series never fails to inspire us to continue doing better. We all aspire for their accomplishments, and yearn to be better in trading everyday.

This time, we have the chance to meet Mark Ritchie, one of the most famous Market Wizards. The experience to learn from him live, and how he has improved over the years is one of the rarest opportunities a trader can experience. This is exactly the opportunity Investagrams is giving to the community.

This July 27, at the Joyden Hall, Bugis, get to meet Mark Ritchie as he preaches about the challenges of how to be a successful trader.

How Does the February 3.8% PH Inflation Affect Your Stock Portfolio

Author InvestagramsPosted on March 5, 2019March 5, 2019
If you haven’t heard of the news yet, the Philippine Statistics Authority (PSA) just announced today, March 5th 2019, that the...
Read More

Author InvestagramsPosted on August 2, 2019August 2, 2019
As proven by Scraffycoco who ranked 4th during the Investagrams Trading Cup 2017, it’s possible for students to thrive and come...
Read More