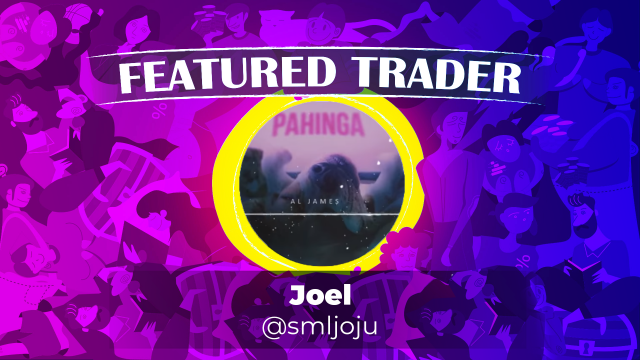 Congratulations to @smljoju for being the featured trader of the week!

Sun Tzu once said that “Every battle is won or lost before it’s ever fought.” In the case of @smljoju, he believes that his trading plans curated with the help of Technical Analysis will help him win his battles.

A couple of weeks ago, our featured trader posted his sequential technical analysis on $NIKL, a hot stock in the local market. $NIKL is recently retesting at 6-ish area and were bound for a break of trendline or a plunge from the resistance area. 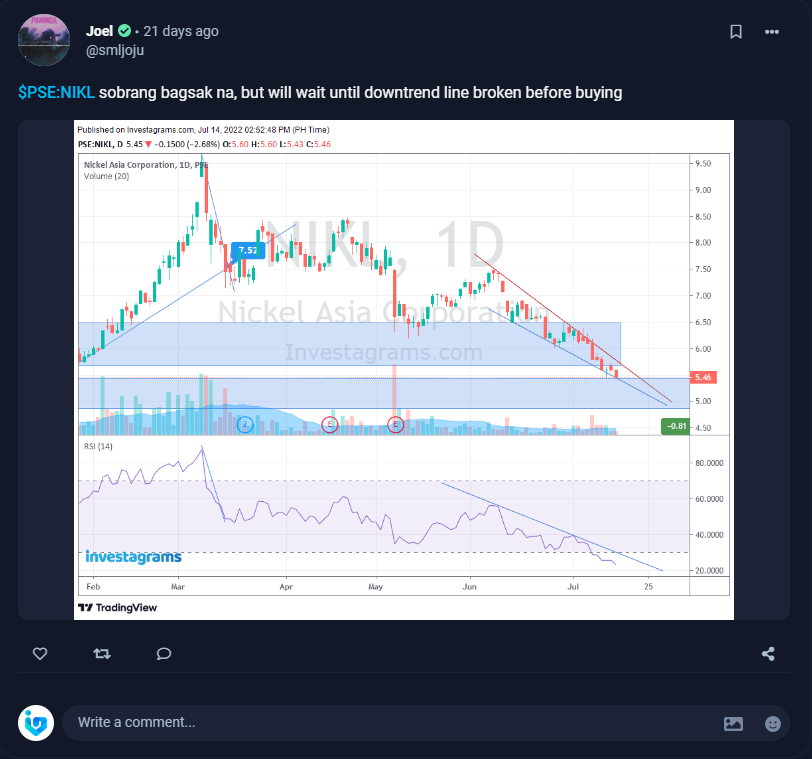 As the stock recently reached bottomed at 4.88-ish (52-wk low). @smljoju charted its support, volume,  resistance, trendline, and RSI on the chart, bound for a breakout or retest in its trendline as he believes in its technical analysis. @smljoju felt an opportunity to have a good entry near the 52-wk low at 4.88ish area.

@smljoju was confident that this stock would retest its support and resistance. He also charted that RRHI will go up as he indicated in his TA the supports, resistances,trendline, Volume, and the RSI. He charted a good entry near the support and possible resistance. He is also observing the movement of NIKL. Further to that, he is planning his trades carefully.

Nickel Asia is a mining company that focuses on the mining of nickel – owning and operating a total of 4 mines. As such, the stock is heavily affected by how nickel moves in the global market. After precious metals, including nickel, rallied in the commodities market, NIKL followed suit and broke out of its 20-day moving average. Furthermore, NIKL is considered to be part of the company that were bound for growth and revival of the economy. As this stock is focused on nickel mining (importing and exporting). It’s Earnings per shares (EPS) is around 0.53 as of 1Q 2022.

As the stock is consolidating and bound for a retest in the next few weeks, it would be wiser to observe and wait for what $NIKL might do next before jumping in. This stock is wise for growth pick  since the mining industry could be a backbone to revive the economy as per the government of the Philippines. The demand from consumers globally is continually growing. However, it’s best to wait for a consolidation, pullback, or a good entry near its support for a better risk-to-reward ratio. It would also be advisable to trade lightly and in tranches given that we’re not yet out of the woods.

Once again, KUDOS to @smljoju for being this week’s featured trader! Enjoy your 14-day InvestaPrime Access and continue to be an inspiration to the trading community.

Yes, you can have a lifetime access to our Exclusive InvestaFest Premium Recorded Videos PLUS a Limited Edition Investor Shirt when you collect raffle tickets to join the #InvestorDay this August 8!

Invest and win with the Investa app!