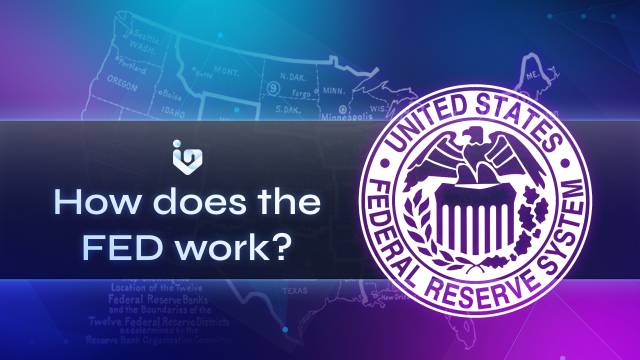 The U.S. Federal Reserve, more commonly called the Fed, serves as the central bank of the United States. The Fed has the authority to manage monetary policy, regulate banks, and implement currency controls through market activities. However, with great power comes great responsibility. The Fed has the capability to stimulate the U.S. economy, but it also has to balance many factors to ensure the sustainability of the economy’s growth.

Federal Reserve System was founded on December 23, 1913, when President Woodrow Wilson signed the “Federal Reserve Act” into law. According to federalreserve.org, it performs five general functions to promote the effectiveness of its operations and the U.S. Economy.

The Fed is powerful enough to decide and control the distribution of money and credit. In addition, it also regulates the financial institutions and heavily influences the economy’s direction. The federal reserve enjoys a unique public/private partnership structure that functions within the government. In a way, the Federal Reserve is setup like private corporation to isolate itself from political pressures or political agendas by politicians.

When the inflation rate is above average or is rapidly surging, the Fed will implement higher interest rates in order to combat inflation. Inflation is a burden to everyone as it devaluates the money someone has. For example, if 3 packs of gummy bears were worth $10 in the year 2000, 1 pack of gummy bears would already sum up to $10 today. The Fed solves the issue of prices rising too fast by raising interest rates in order to cut down demand and slow down the rise of prices

Effects of the Fed on the Economy

The Fed’s control on the monetary policy of the U.S. also affects the availability of money. If the Fed sets low interest rates, it would cause money to flow into the economy, favoring the public and promoting economic growth. A low interest rate environment lets companies borrow money for a cheaper rate. As credit becomes more available, small and large companies alike are able to embark on more ambitious projects that help stur the economy and promote employment.

However, we have to keep in mind that interest rates need to be set at the right level, where economic growth and inflation are balanced. Having interest rates that are too high for long would most likely cause economic recessions. On the other hand, interest rates that are too low for a long time would also cause the economy to overheat and inflation to rise aggressively. Borrowing from Ray Dalio’s analogy, central banks (therefore the Fed) act like the drivers of the economy. They have to press the gas just at the right level, where the economic vehicle is neither over speeding nor going too slow.

Effects of the Fed on the Stock Market

Since the Fed has a lot of power over the direction of the economy, it would make sense that it would also have an impact on the stock market. It is worth pointing out that turning points of the stock market are often affected by decisions of the Fed. The great Stanley Druckenmiller went as far as to say that the main thing investors and trader should look at when trading stocks is how central banks move. Liquidity remains as the number one factor that moves asset prices. As the Fed holds power over how much money circulates in the economy, they also hold the power to move the markets. Keep in mind, however, that balance still needs to be maintained. Pushing a lot of liquidity in the economy will do wonders for the stock market in the short-term, but will have severe consequences in the long run as inflation might go out of control.

Whether you’re a passive investor or a full-time trader, it will always be important to look out for how the Fed is steering the economy. Fed decisions often act as indicators for many financial institutions and hedge funds. Knowing how the economy might be affected by Fed decisions will help keep you a step ahead in predicting where the broad market will head towards.