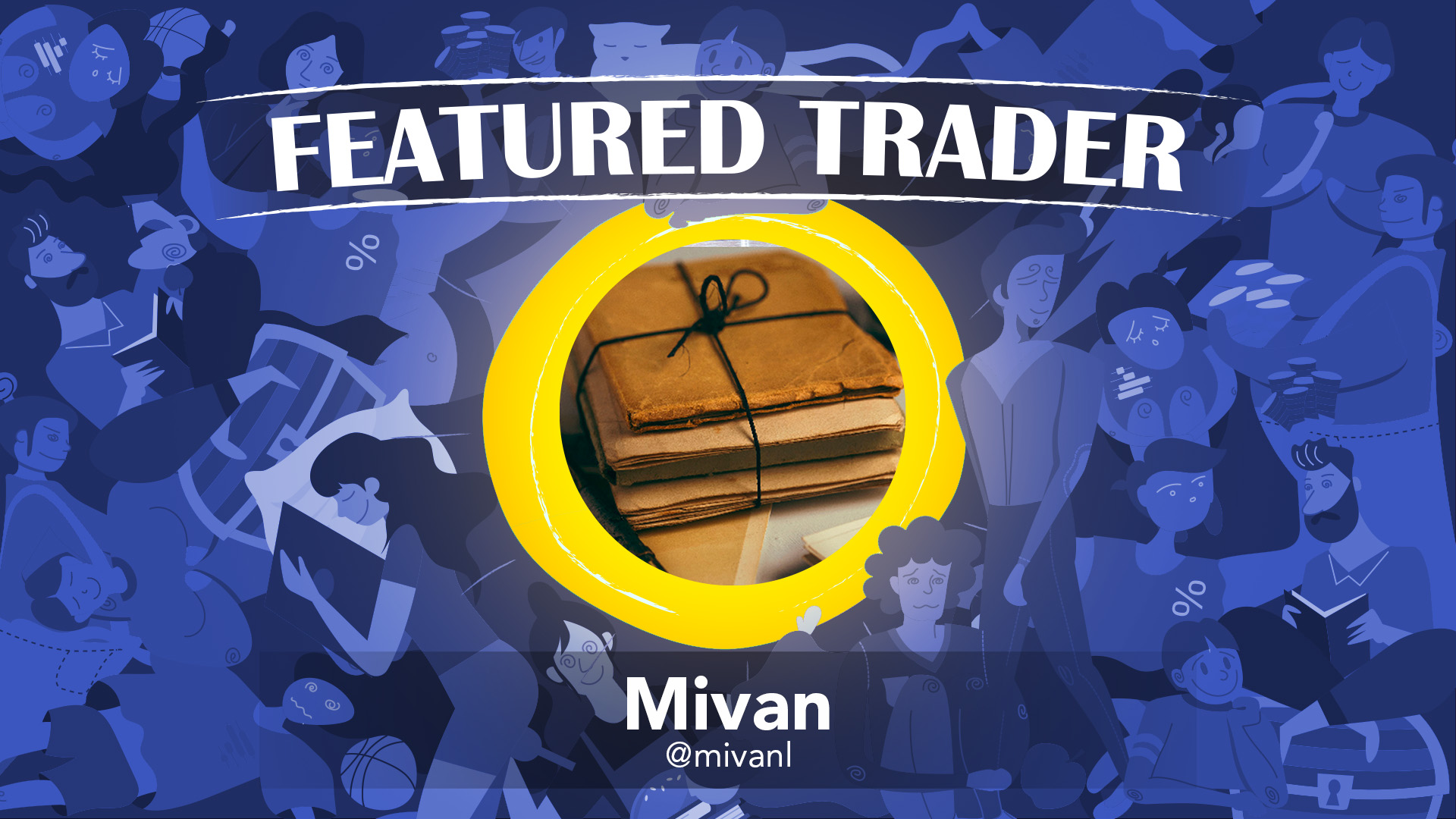 For this week, we would like to congratulate our featured trader: Mivan a.k.a. @mivanl!

For our featured trader for the week, we will be showing how he was able to spot $ACEPH before it broke out. His trade idea is influenced by Mark Minervini’s ways of trading the financial markets as seen in his analysis of the said stock. 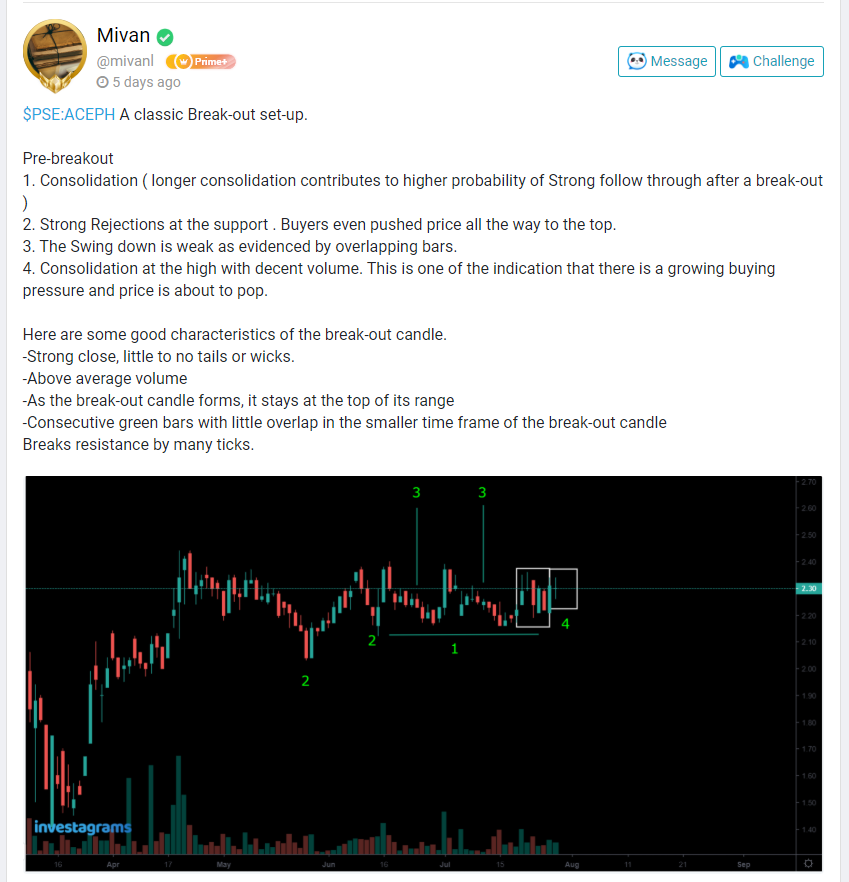 He first determined the importance of identifying a consolidation pattern before entering the trade. It is ideal for a stock to form a base first before it moves higher. The longer it took to form the base translates to more chances for a stronger up move. Indeed, the bigger the base, the higher in space.

Moreover, he also highlighted that the volume was relatively lower than its historical average. It is expected for a consolidation pattern to exhibit such features to signify that it is unquestionably forming a proper base.

Also, he highlighted that there were overshoots of the initial breakdown of the support area, yet it bounced back immediately. That signifies buying pressure on the said stock in those areas.

He also mentioned that the initial breakout was supported by massive volume. Furthermore, on the day of the breakout, it closed strongly as there were no wicks present in the candlestick.

Indeed, being patient enough to wait for a trade where all the variables from your system align is the epitome of professional trading. Setups like this could last from a few weeks to several years. The key to trading the financial markets is to be very particular with your stock selection. As they say, it is up to you to decide whether you are a bored wealthy trader or a thrill-seeking gambler (Minervini, 2020).

Congratulations to those who were able to maximize the technical swing of $ACEPH. Lastly, kudos again to Mivan for sharing his execution. Your FREE 1-month InvestaPRO is on its way!