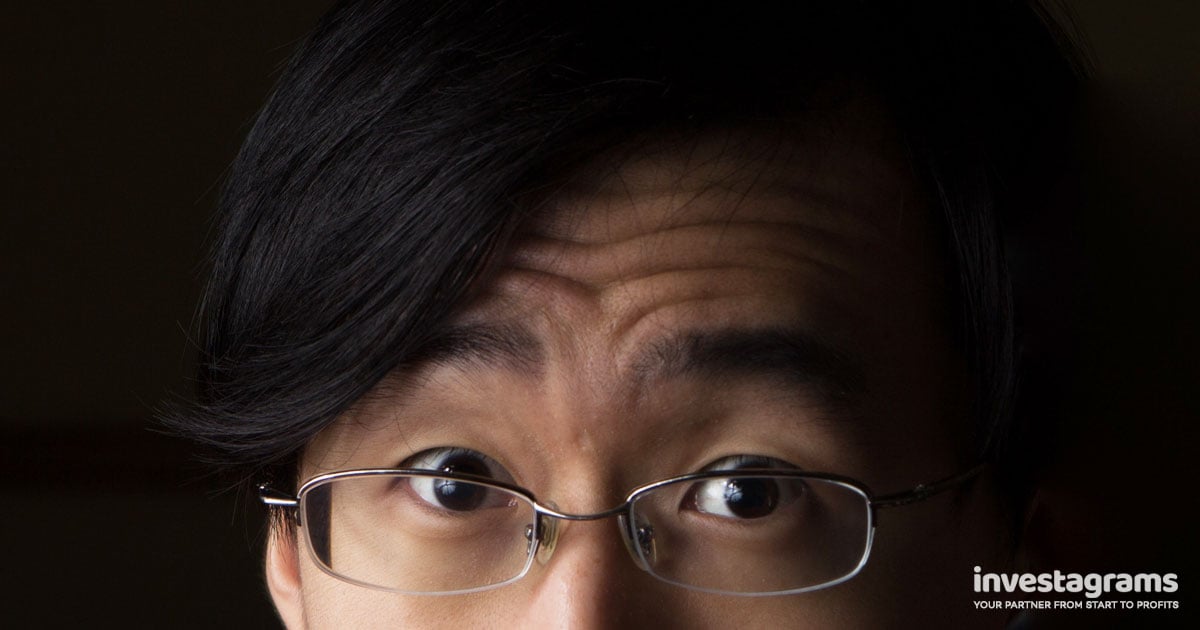 So if you’re feeling down, ere are a few tried and tested principles that will help motivate and inspire you.

Trying to achieve success as fast and as aggressively as possible is great, but you need to be in it for the long haul. Take time to recharge and take care of yourself. You’ll be happier and more productive for it. Not to mention you’ll be able to outlast any challenges that may come your way.

2. Be humble and take things one step at a time.

Just a little bit of success, a 5% gain for example, can make us feel invincible—like we can do anything and nothing can bring us down. Don’t fall into this trap.

Whatever amount of success you achieve, know that there is always room to improve. Don’t be impulsive, thinking that you’ll always be right. In other words, ‘wag mag-assume. Bad ‘yun.

Remember that success can fade as easily as it comes and know that it can all be taken away at any time. Work hard so you can stay successful.

3. Don’t be afraid to take risks—but don’t be impulsive either.

By now, you’ve probably already heard of the saying, “High risk, high reward.” Yes, you shouldn’t be afraid to take risks, because you won’t gain much by always playing it safe.

This is a common story in the stock market. Sabi nila high risk high reward e. Edi kinuha ko ‘yung biggest risk. Too many people bet all their savings on volatile stocks, only to lose all their money. Kahapon lang niya nakilala, in love na raw. What do we say to that? ‘Wag ganun, boss. Bad yun.

You can always make more money later, but once time has passed then it’s gone forever. In trading and in life, focus on the most important things first. Grab opportunities while you can. Enjoy moments while you can. Spend time with people while you can. Because in both life and trading, you never know when you’re going to run out of time.

5. Help yourself before you help others.

This is a hard one, especially for us Filipinos who are always taught to be selfless and to put others first. But the fact is that you can’t really help others that much if you don’t help yourself first.

Master your craft. Become the best person you can be. Find what makes you happy. Keep yourself healthy. Live a balanced and fulfilling life. Then help others do the same.

It sounds simple in theory, but it’s actually very hard to execute in real life—especially with so much noise from the media and society in general. It’s a harsh world we live in, and it can be tempting to just focus on your own survival. Sincerity is rare nowadays, but it doesn’t have to stay that way.

Remember that someone else’s gain does not need to be your loss. Be compassionate. Be kind. It can be something as small as saying a few heartfelt words to someone who’s having a hard time.

Be sincere in everything that you do and you will make your mark in people’s lives.

7. Know the rules, then break them.

Rules are important. They give order to our otherwise chaotic world. But not all rules make sense, some are outdated, and some are just plain stupid. A lot of rules are just the result of too many compromises and too many people saying, “Well that’s how other people do it” or “That’s what we’ve always done.”

Don’t be scared to challenge rules or the status quo, especially if you know it is for the better. You can still be respectful even if you speak up. And who knows? You might be the one to change the world someday.

Change is the only thing in life that is permanent. You won’t be able to anticipate everything that will happen, but you can learn to roll with the punches and turn unexpected challenges into even greater rewards. Take the hits that life throws at you. Learn from them, adapt, and improve.

Even the most successful people in the world have failed—many times and at many things—sometimes even at the things they’ve become famous for today. Oprah Winfrey was fired from her first television job. Jack Ma applied to 30 jobs and was rejected 30 times. Walt Disney was once told by his boss that he had no imagination.

Failures are painful, but they are valuable. They teach us much more than success does, and they forge us into stronger, more resilient people. As odd as it may sound, some failures are very important.

10. Stop hiding behind your age.

Age is just a number. Young or old, don’t let age be the reason for you not following your dreams. Success doesn’t care when your birthday is as long as you work hard and commit. There’s no time like the present, and you don’t want to have regrets when you’ve used up your time in this world. Whatever it is that you’re passionate about. Do it now.

Don’t let money make you sad,  but don’t let it make you happy either. Don’t let it control you. Money is just a tool, learn to become indifferent to it and you’ll be better off.

The real value lies in the ideas, the freedom, and the good that money can help bring to life. Focus on coming up with great ideas, giving yourself and your family the freedom to not worry, doing good for those around you. Do something worthwhile. Make an impact. Provide people with value and money will follow.

12. If you don’t want to be average stop acting average.

If you want something, stop spending so much time on TV shows and Facebook. Stop slacking and start getting to work. It’s going to be hard, but if you really want it bad enough then find a way to make it happen.

What about you? What are some of your tried and tested principles for success? Let us know in the comments below!

3 Ways to Use Support and Resistance in Trading

BREAKING NEWS: BobbyAxel and Taylor Go Head-to-Head in Championship Round!

Journaling your way to Profits

Investagrams Featured Trader of the Week: Behind The Trades

Author InvestagramsPosted on August 2, 2019August 2, 2019
Congratulations to BehindTheTrades for spotting a potential market leader as it continues to increase in price. $ROCK (Rockwell Land Corporation) has...
Read More

Author InvestagramsPosted on August 8, 2020August 8, 2020
In the US Stock Market, traders and investors all over the world are always looking forward to the earnings season. It...
Read More