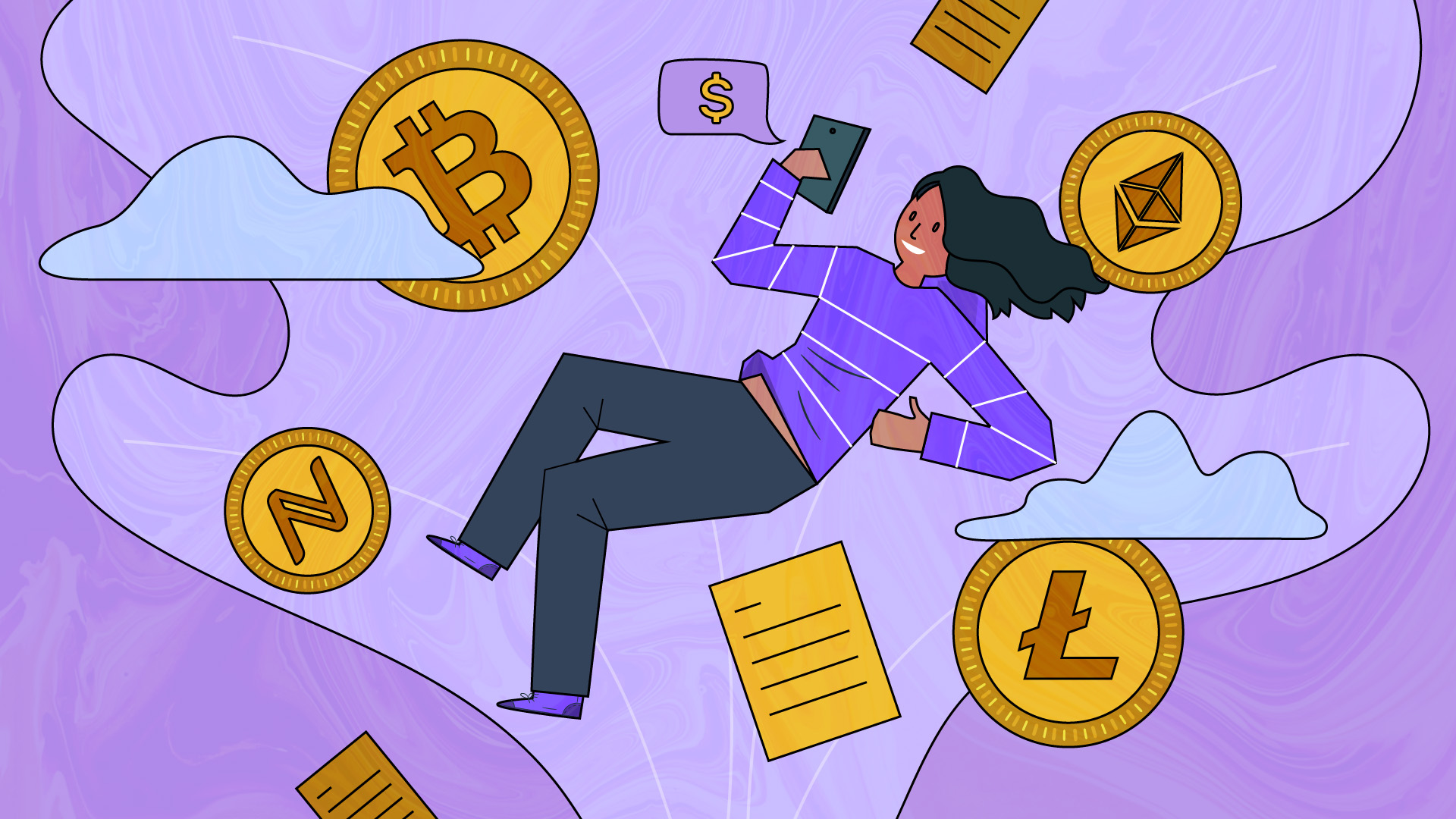 Cryptocurrency has brought excitement to some but confusion to many.

Given its relatively new status in the finance world, there are many questions surrounding it – How do I use it? Is it safe?

Many do not have a good grasp of what it is, and for good reason.

It definitely is a concept that is hard to wrap your head around, but look no further for answers; below, we try to break it down for you in the simplest way possible. Read on to find out more!

In essence, cryptocurrency is a system utilised to make secure payments online. A key element that distinguishes it is that it does not utilise third parties: you can directly make payments from person-to-person, without having to pass by a governing body to verify the transaction. Cryptocurrency is safeguarded by encryption algorithms done by computers, and these same computers are the ones verifying each transaction done. Cryptocurrency as we know it first emerged in 2009 with the creation of Bitcoin. This form of digital currency was set apart because of its use of blockchain technologyThe use of this technology is a key element of cryptocurrency, as it ensures secure transactions whilst not having to pass by any third party.

To further understand blockchain, the word can be broken down into two parts: block, meaning “digital information”, and chain, meaning “stored in a public database”. When a transaction is made, it is stored into a block. That block contains three types of information: first, general information about the transaction such as the date it was conducted and the amount; second, who is participating in the transaction; and third, a unique code called a “hash” that is used to distinguish it from other blocks (like a barcode). A block is made up of thousands of transactions coming from many individuals. Each transaction made in a block is first verified by a network of computers. These computers solve complex mathematical problems, called “Proof of Work” to prove they have done the task. They are then rewarded with cryptocurrency – this process is called “mining”. An alternative way of validating transactions is “Proof of Stake” wherein miners can validate a block based on how much cryptocurrency he/she currently holds – the more money, the more mining power you have. This way is sometimes more preferred as Proof of Work requires huge amounts of power and energy to solve the problem.

Once transactions and blocks have been verified, they get added to the chain of previous blocks (hence the name “blockchain”), and the transaction information becomes publicly available. Individuals are secure, however, and remain semi-anonymous as information regarding who is participating is summed up to a digital signature. Users of cryptocurrency can connect their computers to this network of blockchain, which allows them to receive copies of the blockchain every time it is updated, working somewhat like a Facebook News Feed. With thousands of computers connected to the blockchain, hacking and manipulating information becomes nearly impossible – to do so, you would have to hack into every computer that has a copy of the chain. In the same way, this chain is built on trust: with no identifiable information on anyone adding to the chain or receiving copies of it, it raises the question of whether you can continually trust the information being added and the network of computers upholding it.

Pros and Cons of Cryptocurrency

On one hand, a cryptocurrency is a viable option for many because there is no central authority, be it a bank or government, that has control over the network. This means that no single body has access to your funds and personal information, protecting you from the risk of exploitation. It also makes fund transfer easier between parties as there is no third/external party involved. You transact with another individual directly without a body to double-check the transaction – this responsibility falls on computers. Without a third party, fund transfers also have more minimal processing fees, leading to lower costs overall.

However, it has also faced criticism due to the anonymity of its users, making it a breeding ground for illegal activities such as money laundering. Additionally, there is wariness with the system that upholds cryptocurrency. Because everything is digital and not stored on a central database, cryptocurrency balances can be wiped out in seconds due to the destruction of a hard drive, loss of access to your digital wallet, and more, with no way to retrieve that money. Backup copies do not exist in the world of cryptocurrency.

Below are the two most common cryptocurrencies used. There are many more emerging types, as this is a relatively new and exciting industry. The total value of all cryptocurrencies in existence is around $214B.

1. Bitcoin
The most popular and valuable cryptocurrency, Bitcoin was the first of its kind. Launched in 2009, it was described as a peer-to-peer electronic cash system. Bitcoin represents more than 68% of the total value of all cryptocurrencies.

2. Litecoin
Created with the intention of being the silver to Bitcoin’s gold, it operates very similarly to Bitcoin. However, it is able to generate blocks four times faster than Bitcoin, speeding up the transaction activity by an incredible amount.

3. Other known cryptocurrencies are Namecoin, Ethereum, and EOS.

Cryptocurrency is definitely an interesting commodity, and one to look into if you are into riskier investments. It is considered high-risk high-reward because its market value fluctuates wildly. Its value is based on supply-and-demand, and with it being relatively new, individuals get into a frenzy over it, but also more than always drop it just as quickly. As an example, in December of 2017 it was traded at $20,000; exactly a year later, its value dropped to $3,200 – a huge change in just a year. If you do plan on going into this currency, tread the waters lightly: do you research well, track market fluctuations, and keep a rational, level-headed attitude at all times.