The $PSEi rose drastically until the 6500 levels were hit. This has served to be the structural resistance levels of the said local barometer. Although given the said situation, several market leaders have emerged given that a healthy pullback exhibited itself per the price action of the said index.

Kaliwetengtrader (@thelefthandedtrader) successfully spotted one of those potential leaders — Philippine National Bank, or $PNB. This trader is an active member of the Investagrams community who endlessly provides his thorough examination of local names with the use of Technical Analysis. 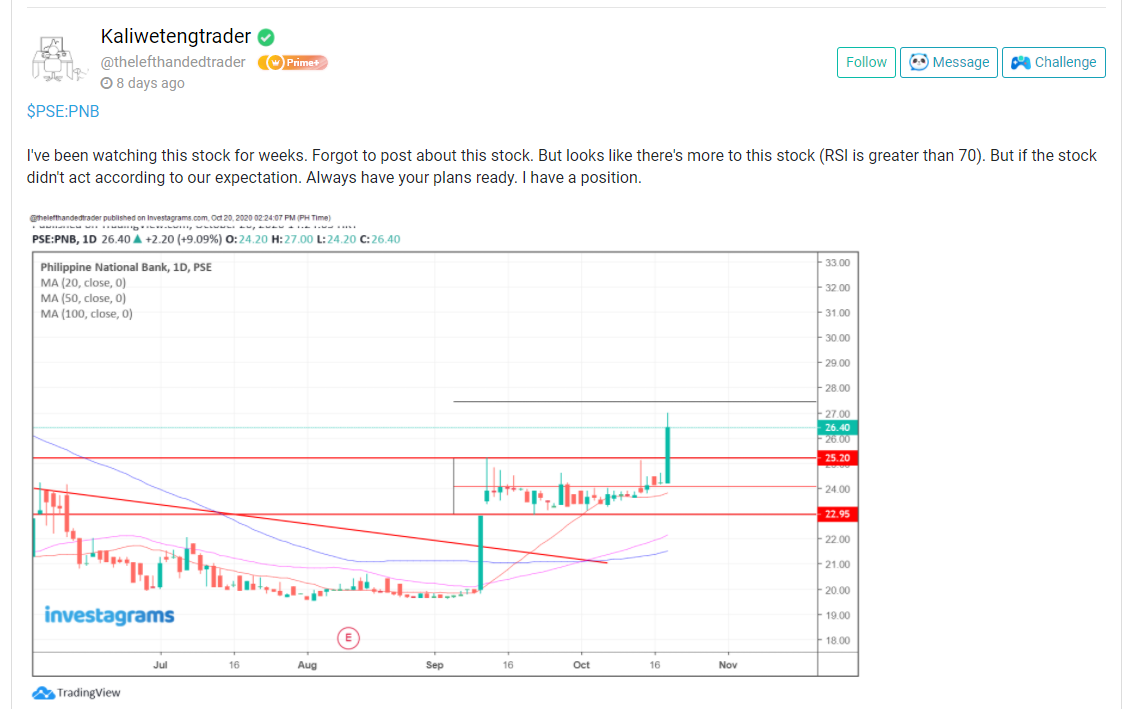 As seen in the price action of the said name, after creating a big move last September 10, 2020, the stock created a consolidation pattern. Despite its volatility based on its DNA, specifically, the candlestick behavior with regards to its wicks, the breakout of the said stock was supported with enormous volume.

Kaliwetengtrader (@thelefthandedtrader) also mentioned the technique of associating a name’s breakout to that of a confluence in a breach of the RSI (14) 70 levels. When a stock manages to breakout of the pivot high of an underlying base accompanied by the said RSI parameter, it further solidifies the said move. 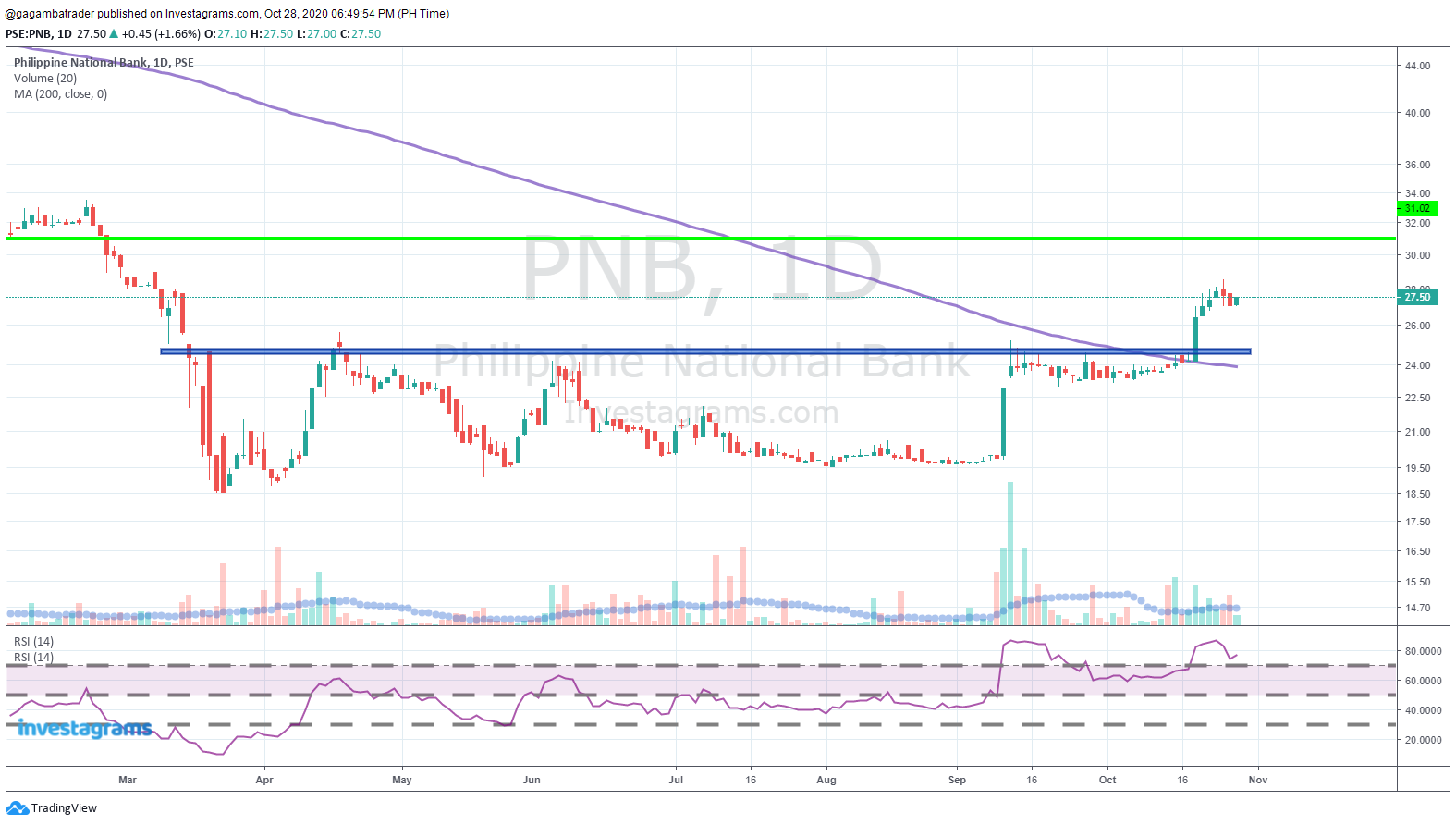 The breakout is also in confluence with the breach of the MA200, which further supports its case for ascendancy. It is a must for the stock to hold at least the 25-peso area as it is a psychological and structural support level of the said name. Moreover, the stock should consolidate to amplify its buildup.

It is stated in books that the RSI (14) 70 levels serve as the overbought area, deeming that the stock should not be purchased if the said parameter is reached. Although we must take note that the RSI indicator works best for consolidating or sideways price movement. Once it breaches the RSI (14) 70 levels in a trending price action manner, then it is safe to assume that the stock has entered a parabolic state.

A breakout of the 25-peso pivot area was an ideal buy point as it was the confirmation of the breakout in confluence with the RSI (14) 70 and the MA200 breach. It is a low-risk, high-reward trade, as the stop loss levels for the said breakout point is below 24-peso area (-4%), and the take profit areas could be the structural resistance at 30 to 31-peso area (19% to 24%).

As stated by Kaliwetengtrader (@thelefthandedtrader), it is imperative for a market participant to always plan their trades. Risks in the financial markets are inevitable, therefore one must discern their execution if the stock emerges or fails.

Congratulations to those who were able to maximize $PNB’s initial breakout. Lastly, kudos again to Kaliwetengtrader (@thelefthandedtrader) for sharing his trade analysis. Your FREE 1-Month InvestaPRO is on its way!

START YOUR INVESTAPRIME ELITE FREE 14-DAY TRIAL NOW!
Click on the photo to get your FREE access.